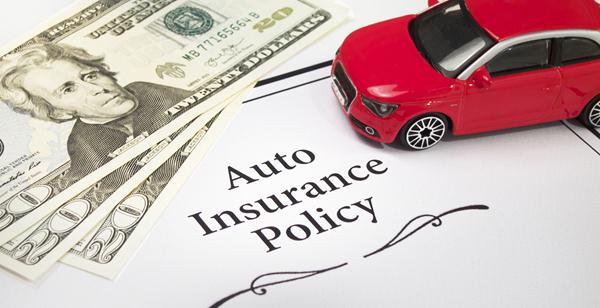 Photo by Pictures of Money / CC by
by Stephanie Donnely

Insurance companies assess several factors when setting their auto insurance rates. Of significant importance is the location in which the vehicle is based or is to operate. Other equally vital factors influencing insurance premium rates are the severity or amount of car insurance claims within a given geographical area, the frequency of thefts, likelihood of vandalism and collisions, insurer’s age, type of car, driving record, favorable or unfavorable weather conditions in an area and level of road congestion.

High employment rate and extensive public transportation systems are some of the factors that can drastically lower the rates of auto insurance premiums. Every motor insurance company uses its own formula and base rate, but this slightly varies in the same geographical area and same make of vehicle. However, the difference in insurance rates across different cities can change so much. Outlined below are the 10 least expensive cities for car insurance as per the study that was conducted by the financial adviser site, NerdWallet. A profile of a 26-year-old man, having no accident history and insuring a 2012 Toyota Camry together with extended insurance coverage was taken.

It cost an average annual premium rate of $1,375.82 to insure a car in Montgomery, Alaska. Montgomery is the home to several governmental agencies as well as Maxwell Air Force Base. Car insurance rates are relatively lower here because many insurance companies offer attractive military auto insurance discounts. This significantly reduces the average car premium in the city making it an attractive city for car owners who want to save on the insurance premium expense. Due to a high number of governmental agencies in Montgomery, the city has a lower percentage of unemployment. This translates to quite a number of car owners being able to pay their car insurance. A higher rate of auto insurance in an area has an inverse effect of reducing the general rate of the insurance premium.

Insurers in Spokane, Washington charges an average annual premium of $1,307.68. Though this isn’t very low, it is lower compared to the other main cities in America. High-risk drivers in this town are advised and encouraged to enroll in the Washington Automobile Insurance Plan. This plan allows auto insurers to share the risk associated with high-risk driving. This is without a doubt why Spokane offer such a reduced insurance rate. The rate in Spokane could have been much higher were it not for this plan.

With an average annual premium rate of $1,294.80, Fayetteville is one of the cities with relatively lower car insurance premiums. Fayetteville city is home to a significant military installation – Fort Bragg. Fort Bragg is the city’s primary economic driver. Also, many of the Fayetteville city’s residents receive military discounts. The city also benefits from North Carolina’s Safe Driver Incentive Plan. This is an initiative that promotes safe driving whereby an insurance cost for unsafe drivers significantly goes up. The above factors have contributed to the slightly lower car insurance premiums.

The city levys an average annual premium rate of $1,249.26. This is relatively small compared with other major cities nationally and worldwide. The city is the domicile home to large companies like Lomb and Bausch among other smaller ones. The city’s industrial sector has absorbed a larger local workforce which in turn has helped keep unemployment levels low. Many car owners can thus afford insurance premiums. A large number of auto insured drivers can decrease a city’s average auto insurance premium. New York City also has the New York Automobile Insurance Plan as an alternative insurance option to high-risk drivers.

Insurers in Boise, Idaho charge an average annual premium of $1,221.65. Boise is one of the cities with a record low crime rate and also boasts of less traffic jam congestion than most other US cities. These two factors help keep the city’s car insurance rates quite low. The average commute time is unbelievably only 20 minutes! This time is significantly lower than the national average and even other cities in the world. The city also has one of the lowest unemployment rates, thanks to companies like Bodybuilding.com and Albertsons, which have absorbed a vast number of the population into their workforce. This indirectly helps maintain lower car insurance premium rate.

Insurers here offer an average annual premium of about $1,123.09. Weather is one determinant of insurance premiums, and Charlotte has good weather with an average of around six inches of snow annually. Good weather all year round is a major factor in determining a car insurance premium. Poor weather conditions attract higher rates of insurance as there are higher chances of the car suffering a major mechanical breakdown or a weather induced accident whose bill is to be cleared by the insurance company. Good weather is undoubtedly the primary reason for Charlotte City’s low auto insurance rates.

Durham has an average annual premium of around $1,100.50. Again, this isn’t surprising as it’s part of North Carolina’s research triangle. The city is the home of North Carolina Central University and Duke University. Many residents of this town use the commuter bus to move around. Triangle Transit owns these buses and has precise commuter route covering the entire city. This has significantly helped alleviate congestion synonymous with such cities. There are fewer cases of collisions and accidents in less congested city streets than those that are jammed with traffic on better part of the day. Similar to Charlotte, the weather in Durham is just as good which too helps reduce premium costs.

The city has an average annual premium of $1,098.48. This is significantly lower compared to other cities that charge high above this rate. However, this isn’t surprising as Raleigh is also the part of the Piedmont Triad, an area which is known to offer some of the lowest rates of auto insurance. The city is home to famous North Carolina State University, which is also a major employer. The North Carolina State University operates its own bus line, besides; the city has one of the best and most extensive public transportation systems in the world. These are the probable reasons why insurers offer lower auto insurance rates to Raleigh residents.

The city has an average annual premium rate of $1,089.58 and is the second least expensive city in the USA regarding car insurance rates. Greensboro, a city in the Piedmont Triad, is well known for its significant contributions to education and culture and education. It’s a transportation hub with not only an extensive and sleek road network but also an International Airport – the Triad International Airport, and Amtrak trains connecting to other major U.S cities. The city is also a major beneficiary of the state policies to curb insurance fraud. It’s no doubt one of the few regions with lower car insurance rates.

With an average annual premium rate of only $969.10, the Piedmont Triad in Winston-Salem, North Carolina is the least expensive city for car insurance. Winston-Salem is a home to several manufacturing companies and has an impressive transportation network and system in place. Still on manufacturing, Winston-Salem is the home to some of the respected world brands like the Reynolds Tobacco Company or the R.J Company. It’s also a home to the renowned Wake Forest University, a world-class institution of higher learning. Reynolds Tobacco Company and Wake Forest University employs many residents. Typically, large numbers of uninsured drivers inversely increase the car insurance rates for all drivers in a given area. North Carolina has the record low rate of uninsured car owners in the country that stands at about just 8%.This most likely why the area has the lowest auto insurance rate nationally.