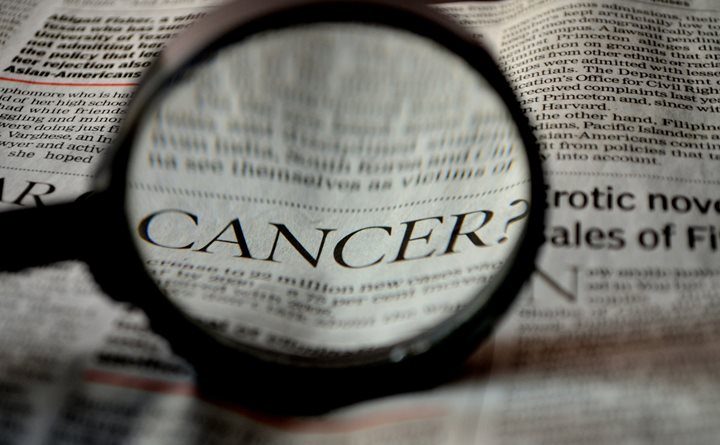 Cancer is a general name given to over 100 different individual diseases that develop because cells begin to reproduce out of control. When this occurs, these new abnormal cells can then invade other healthy tissues. Once there are enough cancer cells, they will then form a tumor, although there are some that do not, such as those found in patients with leukemia.

Cells become cancerous due to damage of the genetic material found in DNA. Some of this damage is inherited, but some also occurs naturally during the cell replication cycle. Additionally, there are some damages that are caused by environmental factors and lifestyle habits. Smoking and chewing tobacco use, for example, increase the risk of developing lung, mouth, throat, and esophageal cancers.

Similarly, too much exposure to sunlight and repeated sunburns can increase the risk of skin cancer, and excessive drinking can lead to liver and stomach cancers. Materials such as asbestos, lead, and radon found in the home or other buildings can also increase the risk of cancer. Even though there are many factors that can raise the likelihood of developing cancer, it is exceedingly rare for doctors to be able to pinpoint the exact causes for specific cases.

The most common form of cancer that is diagnosed in the United States is breast cancer, followed by lung, colorectal and prostate cancers. Other prevalent types include bladder cancer, melanoma, Non-Hodgkin Lymphoma, thyroid cancer, kidney cancer, endometrial cancer, leukemia, and pancreatic cancer.

Cancers are commonly treated with surgery, chemotherapy and radiation therapy. Surgery is used to physically remove a tumor or cancerous cells from the body. In some cases, doctors may only surgically remove portions of the tumor and use another form of treatment to deal with the rest. Chemotherapy, which uses a combination of injected medicines, works by killing cancer cells, preventing these cells from spreading, and by shrinking the overall size of tumors.

This treatment affects the entire body and can kill cancerous cells that have spread, but it may also inadvertently affect healthy cells, such as those found in the hair and stomach lining. Radiation therapy uses x-rays, gamma rays, protons, or electron beams to damage or destroy cancer cells. Radiation therapy is commonly used to treat cancers found in the neck or head, lungs, or bladder. In many cases, doctors will recommend treating cancer with multiple methods instead of just one single approach.