Want to Propose on Vacation? Here are Some Tips 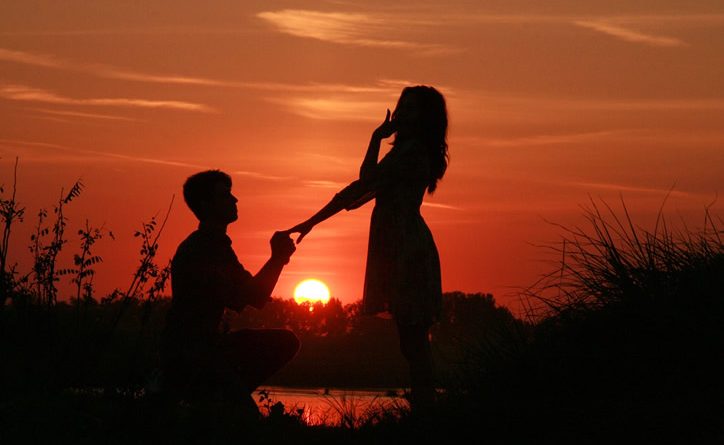 A marriage proposal can be a really great, really important moment. Odds are, it’s a story you’ll be telling more than once, and it stands to reason you want a good one. Proposing on vacation can make it feel even more special, but it also adds a world of extra logistics. Here are some things to keep in mind to help it go smoothly.

The best thing to do is to plan the proposal before you leave on your trip. However you’re going to pop the question, everything should be in place by the time you show up. You should also know whether your future significant other is the kind of person who wants to be in on the planning or who likes to be surprised by trips. Not only will this make the vacation smoother, it’s the sort of thing you should know about a person if you’re planning to be their BFF for life. Whatever your plan is, it’s worth taking steps to make sure it looks in real life the way it does in your head—and if you’re taking your soon-to-be-spouse on a whole vacation just to propose, you definitely have an idea in your head about what you want this to look like.

There are all sorts of people who can assist you. If you’re staying at a resort somewhere or planning to propose in a romantic restaurant, let someone on staff know what you’re up to ahead of time. Don’t just show up and make a plan on the fly, expecting people to go along with it. Some resorts, like Sandals and Beaches, actually have an “Engagement Concierge” to help you make the moment special, and there are even companies that can help you plan and execute your proposal. One great example is ApoteoSurprise, which has been helping people get engaged in Paris since 2006.

Have a Backup Plan

Life is unpredictable and weird. If the white, sandy beach you were planning to propose on gets hit by a massive rainstorm, be able to retreat to a nice restaurant. Be ready for something to go sideways—especially if your plan involves being outside, where you’re subject to the weather. You can minimize some of this by planning ahead—by having reservations to the restaurant, by confirming that the Star Wars convention isn’t overcrowded, whatever. But always have a plan “B” waiting in the wings.

This goes double if you’re an anxious person or a terrible liar. If you’re nervous about the trip, you can chalk that up to pre-flight jitters—but only to a point. After awhile, your behavior is going to get suspicious, and even if it doesn’t, you’ll spend the bulk of the vacation thinking about how it’s going to go instead of enjoying yourself. Don’t make this the big finale—do it early, and spend the rest of the trip celebrating.

If you fly, keep the ring in a carry-on instead of in a checked bag. You don’t really want to spend the whole flight wondering if your engagement ring got lost, do you? But likewise, you don’t want it in a pocket where you’re going to keep fiddling with it. Put it in a carry-on bag. It’s the best happy medium.

Make It About your Partner

This is the biggest part of any proposal, really. Movies teach us that we need to make some grand, romantic gesture, but not everybody likes that kind of thing. If your beloved is a massive introvert who hates attention, you probably shouldn’t propose loudly in front of an entire crowded restaurant. It’s not just a question of an embarrassing moment. You’re asking someone to pitch in with you for the long haul, to spend their entire life with you. If you do so in a way that indicates that you don’t actually know or care about what his or her preferences are, that’s a horrible foot to start off on. If your would-be spouse wants a huge rock and you can afford it, then by all means, deliver. But if he or she is the pragmatic type who would rather put that money towards a home, respect that preference. For the love of all that’s good in the world, propose the way they want to be proposed to, and not the way that you think “romantic” is supposed to look like. You don’t have to be a John Cusack character. You just have to be the person your fiancé(e) fell in love with.